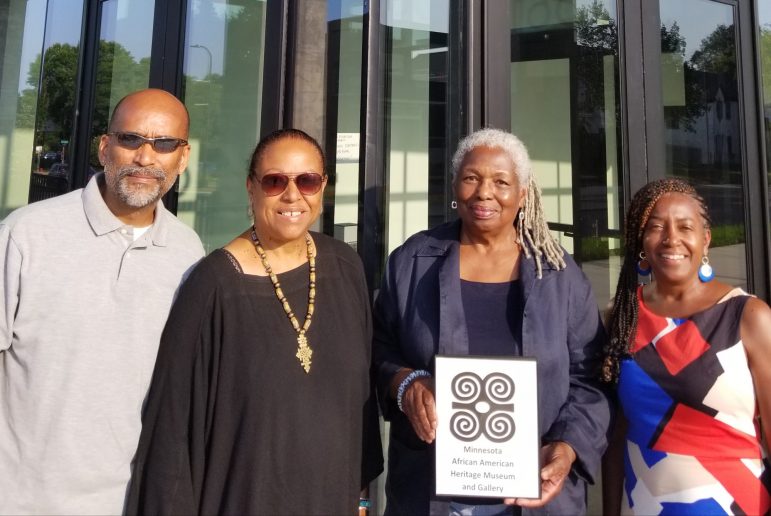 Diversity is something of a Twin Cities calling card. Museums throughout the metro showcase state-of-the-art inclusion, exhibits and forums, including such venerated venues as the Minneapolis Institute of Arts, Minnesota History Center and Weisman Art Museum.

Impressive as these establishments are, it is vital to have an institution devoted specifically to one’s culture. The Minnesota African American Heritage Museum and Gallery (MAAHMG) stands to admirably fill that bill for African Americans.

Tina Burnside, museum co-founder and civil rights attorney, notes, “Minnesota is one of the few states in the country that does not have an African American museum. That had to change,” she said.

Toward that end, she has partnered with writer and education administrator Coventry Cowens to open the new museum’s doors Saturday, September 8.

Its inaugural exhibit, Unbreakable: Celebrating the Resilience of African Americans in Minnesota, is set to showcase pioneers who settled in the state and women who made their mark on Minnesota and on America, highlighting the impact of the “Great Migration” on Minnesota.

“African Americans have been in Minnesota since the 1800s, and we have contributed to the success and growth of this state and its cities and towns,” she continued. “In 2018, we cannot continue to ignore the struggles, challenges, successes and accomplishments of African Americans and our impact on Minnesota.”

More than six million African Americans moved from the rural South to the North, Midwest and West from about 1916 to 1970. Driven by impoverished segregation, they saw a need for industrial workers that first arose during the First World War as an opportunity to better their lot in life.

“We wanted to tell the African American experience in Minnesota from the beginning,” explained Burnside. “Most people think African Americans came to the state in the 1960s, so we felt it was important to start with early settlers and pioneers.

“We also wanted to highlight some amazing trailblazing women from the early 20th century,” Burnside continued. “We decided to also show the impact of the Great Migration on Minnesota’s Black population growth, because often this story focuses on Midwestern cities with larger Black populations, such as Chicago and Detroit. But the Great Migration also influenced Minnesota.” 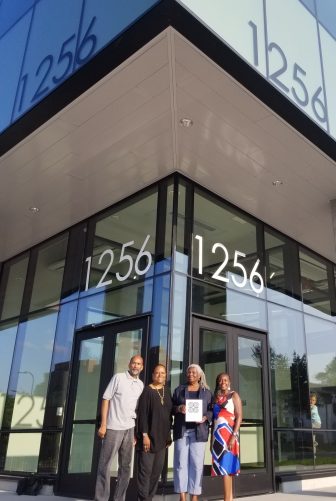 “We wanted to pay tribute to African Americans who served in the military during a time when it was segregated, and show their bravery in fighting for freedom yet still being denied such freedoms at home,” said Burnside.

This is not the first organization to embark on establishing an African American museum in the Twin Cities. The most recent effort by another organization, however, was beleaguered by financial struggles and work disputes before it could even open its doors.

“There have been multiple efforts to have an African American museum over the years, which have met many challenges,” noted Cowens. However, she said, “The important contributions of the Black community still [need] to be told.”

Burnside agreed: “We’re excited about the exhibit and we think it’s a good foundation to start the conversation about African American history in this state.”

Burnside and Cowens also plan to avail the Minnesota African American Heritage Museum and Gallery of other resources. They hope this includes the “TESTIFY: Americana from Slavery to Today” exhibit curated by the Diane and Alan Page Collection, which was hosted at Minneapolis Central Library in January.

“We have reached out to Justice Alan Page and Diane Page to have a conversation with them about the museum and seek their support for the project and input,” said Cowens.

She added, “We are reaching out to all segments of the Minnesota community, getting diverse opinions and hearing their passions and histories, which has been part of our learning process in the organization and creation of the Minnesota African American Heritage Museum and Gallery.”

The Museum will also host a children’s literacy and reading circle on Saturday mornings, an obvious boon for African American youngsters. Does it not benefit other children as well, including recent African immigrants who, over the past decade or so, have become a significant presence?

“We want everyone to come to the museum and the reading circle,” reflected Burnside. “Everyone is welcome. We believe it’s important to get children interested in books and reading to stimulate their imagination, and develop language and listening skills.

“We think it’s equally important for all children to learn about African American history because, unfortunately, it’s not being taught in schools beyond Dr. Martin Luther King, Jr. and Rosa Parks. When children learn about other people’s history, it breaks down barriers,” continued Burnside. “They develop an appreciation and respect for differences instead of fear.”

The Minnesota African American Heritage Museum and Gallery is located at 1256 Penn Ave. N. in THOR Companies’ new headquarters in Minneapolis. It will celebrate its grand opening September 8, 9 am to noon, and will operate Tuesdays, Wednesdays and Fridays, 1 pm to 5 pm; Thursdays, 1 pm to 7 pm; and Saturdays from 9 am to 12 pm. Admission is free and open to the public.